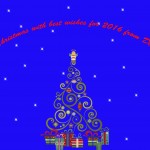 with warm wishes for 2016
from everyone at
DadsWork

What is Year of the Dad?

A year of celebration, insight and collaboration to promote the importance of fathers in child development and support men to be the dads they want to be.

How are we going to achieve this?

Why is it important?

How can I/my organisation get involved?

Join this new wave of mums, dads, practitioners and employers as we drive a shift in 21st century parenting and work culture that will benefit business, families and communities alike.

Organised by Fathers Network Scotland with support from the Scottish Government Sign up at www.yearofthedad.org

Together we can help make Scotland the best place in the world for children to grow up!

DadsWork are delighted to win a Dynamic Earth Golden Ticket for 2016. This ticket allows DadsWork families entry to Dynamic Earth everyday for 12 people, with additional benefits of 20% of the cafe and 15% in the shop.

Our friends at Party Animals Encounters and the wonderful Flash(the Raccoon) need your support, due to new regulations from the EU Government who have just passed a bill classing Flash an invasive species and because he is used for commercial purposes, there is a chance Flash will be required to be put to sleep.

Party Animals Encounters have until the 15th December to stop this from happening. We need all our friends and families to email your local MEP.

An email is included for you to send to your MEP: https://www.writetothem.com/

Draft Email(cut and paste and add your name)

I am writing to you as my local MP to draw your attention to the final debate on December 15th with regard to ‘REGULATION (EU) No 1143/2014 OF THE EUROPEAN PARLIAMENT AND OF THE COUNCIL’. This regulation has been created to manage the issue of invasive alien species across all E.U. member states. There are currently 37 species of plants and animals on the draft list, which is due to be discussed one last time before the regulation comes into force on January 2nd 2016. While the issue of invasive species is undeniably an important one for economic and biological reasons, many of the vertebrate species on the draft list are kept as pets or by encounters companies, zoos, animal sanctuaries and animal care colleges etc around the country, all will be effected by this regulation e.g. raccoon, coati, chipmunk, sliders. Each member state will have 18 months to enforce the legislation, with a view to eradicating the listed species.

The regulation states that owners of listed animals kept as pets will be allowed to keep their pets until the end of their lives if they follow a set of, as yet unspecified, guidelines which relate to the animals accommodation. They must also have had the animal as a pet before the species inclusion on the list. It is unclear as to whether or not this refers to the original draft of the list, or the final approved draft as of Jan 2nd 2016. Should they not be able to meet the criteria within 18 months the animals will have to be euthanized. Pet owners will not be permitted to sell the animals, nor will they be allowed to remove them from their enclosure. Issues with this include:

Should pet owners be unable to meet the requirements for enclosure specs it remains unclear as to whether or not they can re-home the animal to someone who has the necessary approved accommodation for them. An exotic animal sanctuary may seem like a logical option, but commercial entities fall under a different set of regulation rules, and it is unknown whether such centre’s will be classified as commercial or otherwise. Faced with an influx of pets who have to be given up will put sanctuaries under tremendous pressure to cope. Pet owners, faced with the prospect of having to euthanize their animals may feel the only option is to release them into the wild, thus undermining the whole point of the regulation in the first place.

– Many pet coati and raccoon are taken out for walks on leads and harnesses daily. This practice would have to stop once the regulation sets in. This can greatly reduce the quality of those animals’ lives.

There is no provision in the regulation for animals needing to go to veterinary practices for treatment, or in the event the owner of the animal moves house.

The future of any baby animals born post Jan 2nd 2016 is also uncertain. Will they face automatic euthanasia, or can they be re-homed as pets? Breeding is forbidden after this date, but there are likely animals already pregnant and due to give birth post Jan 2nd.

For animals that are kept commercially, a definitive list of what is classed as commercial has still not been released, the situation is much graver. Owners of listed species that are classed as commercially kept will have 18 months in which to re-home the animals as pets, or to research centre’s, otherwise the animals will have to be euthanized. This law could potentially affect zoos, animal sanctuaries, animal encounters businesses, and animal care colleges. Any movement of the animals out of their enclosure during this time is only allowed for the re-homing process. Issues with this include:

Finding suitable homes for animals such as coati or raccoon is not an easy task. They require specialist care and given the uncertain classification of sanctuaries and rescue centre’s in the regulations, the only available option is to re-home to experienced and suitable private owners, finding those in itself is a huge challenge.

In the case of animal encounters businesses, while the animals have a commercial value to the business, they are essentially pets. Coati and raccoon that go to encounters with the elderly and children are inevitably hand reared animals that have hands on contact with their owners daily. Owners and animals must have a strong bond in order to do an animal encounter in the first place. Yet under the regulation these animals must be re-homed. It is unclear if encounters companies can just stop taking the animals to encounters by Jan 2nd 2016 and therefore re-classify their animals as pets.

The financial loss to businesses that can no longer include the listed species in their line up is also huge. Raccoon and coati walks, media events and bookings gained purely due to the inclusion of such unusual animals in the line up, will all have economic effects on small businesses in this country.

The animals included on the list are extremely questionable, and seem to pose little to no invasive threat in this country. Furthermore, species that are a huge problem for biodiversity in this country are not listed at all. As the regulation stands, any animal can be added to the IAS list during future reviews. The issues with this are:

UK citizens could be planning to, or already own pets that are not listed, but will be added in future.

This directly threatens the livelihood of animal encounters businesses who may be hit by further bans on keeping animals they take to encounters. Investing in the correct enclosures and buying the animals is a large investment for a small business. Being informed several months later that the animal will be added to IAS list and therefore subject to the regulation could potentially cripple this sector.

While action on the topic of invasive species is necessary, the regulation document does not make reasonable provision for ordinary E.U. and U.K. citizens who are trying to make a living, and exercising their right to keep pets. It does not make provision for the welfare of the animals involved. The measures that are due to be taken are excessive, and the list of animals makes little sense. A big question is who will enforce this regulation, how will it be enforced, who will pay for it to be enforced?
This is something that will affect us all in the U.K., please look into the regulation and draft list and voice our issues on December 15th.

THANK YOU FOR YOUR SUPPORT #SAVEFLASH

DadsWork are heading to the Pantomime at the Edinburgh Kings Theatre on Sunday 17th January 2016 to see Snow White and the Seven Dwarfs.

DadsWork is part of the Cuthill Park Community Garden where we have a raised bed and this bed is maintained by Andrew Stevenson and his son.

DadsWork manage an allotment as part of the Muirpark Allotments, this allotment is maintained by Andrew Catchpole and his son, who this year donated vegetables to other families of DadsWork and the community.

DadsWork Community Garden is situated behind Levenhall Nursery in Moir Place, Musselburgh, this garden is designed for families to be part of the community enabling them to grow vegetables and fruit with their families.  We  have 14 raised beds, a greenhouse, picnic area, compost area, fire pit and a pizza oven.